About 20 years ago, I became interested in representing clients who had been harassed or fired at work illegally. Since then I have handled cases for the employee involving:

If this area of expertise has brought you to this part of our website, here are a few things I have learned about this type of claim:

Call for a free consultation regarding your case if you think you have been the victim of workplace discrimination.

WHAT THEY SAY ABOUT US 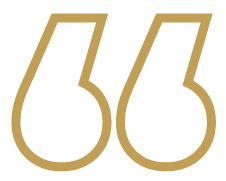 Mike Kerensky was a great lawyer and representative for me during my lawsuit. He handled the case well and made my family and I feel welcomed and like a priority. We met multiple times throughout the process with Mike and Erica, and they gave us accurate and transparent information, were very flexible and accommodating to our busy schedules, and did all the hard work for us. Mike provided me with the best doctors and care I needed and made sure I was treated respectfully and promptly. My family and I were well informed on every detail of the case, and if we ever had a question, Mike and Erica had given us their personal cell phone numbers and were available immediately. They helped my family and I though a difficult time and made is easier to handle and understand. If for any reason my family and I were to need a lawyer or legal assistance again, I'd come to him in a heartbeat.